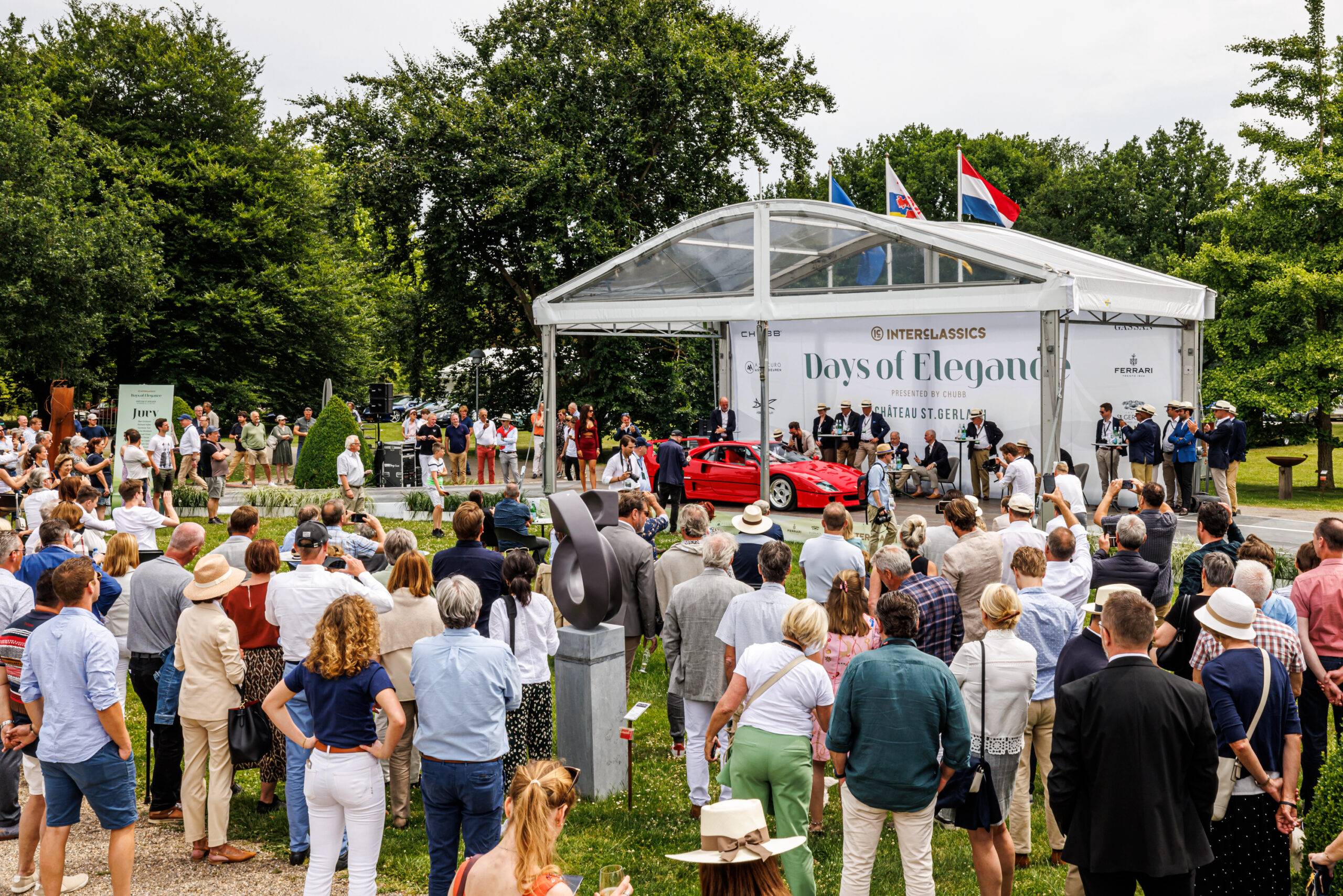 Valkenburg a/d Geul, 20 June 2022 – The first edition of InterClassics Days of Elegance made quite an impression on both visitors and exhibitors. The variety of the programme combined with the ambiance of Château St. Gerlach contributed to a dynamic and distinctive classic car event. Apart from dazzling concourse cars such as the Ferrari 250 GT Europa, all decked out in rally trim, classic car dealers put their best cars on display. At the Luxury Market, people could marvel at luxury items such as art, charter flights and exclusive real estate. Mark Koense, Vivian Lataster and British car influencer Mr JWW hosted the awards ceremony on the concourse stage.

‘I attend a lot of events that haven’t managed to achieve this level of organisation and cars, even after ten years. This creates high expectations for the future!’ according to Mr JWW, YouTube celebrity and automotive influencer. This well-known Brit also got behind the wheel in the Rally of Elegance on Saturday The rally had two starting fields, Classic and GT (modern supercars), and the teams finished at the Château St. Gerlach. A parking lot had been set up just for the rally so that visitors could admire the cars at their leisure.

They could also be amazed at the cars in the spacious Future Classics Area, where Porsche and Bentley Maastricht presented the most beautiful models from their range on pristine white stages. The prominently placed Porsche Cayman GT4 RS (Weissach Package) did justice to the Future Classics Area. Many similar RS models from the German manufacturer have become timeless collectors’ items in no time.

Erik Panis, Manager of InterClassics: ‘Organising an event like this wouldn’t be possible without the enthusiasm and support of our partners, participants and business associates. Once again, they placed their trust in us for this first edition. This confidence bodes well for the second edition of Days of Elegance on 3 and 4 June 3 2023!’ 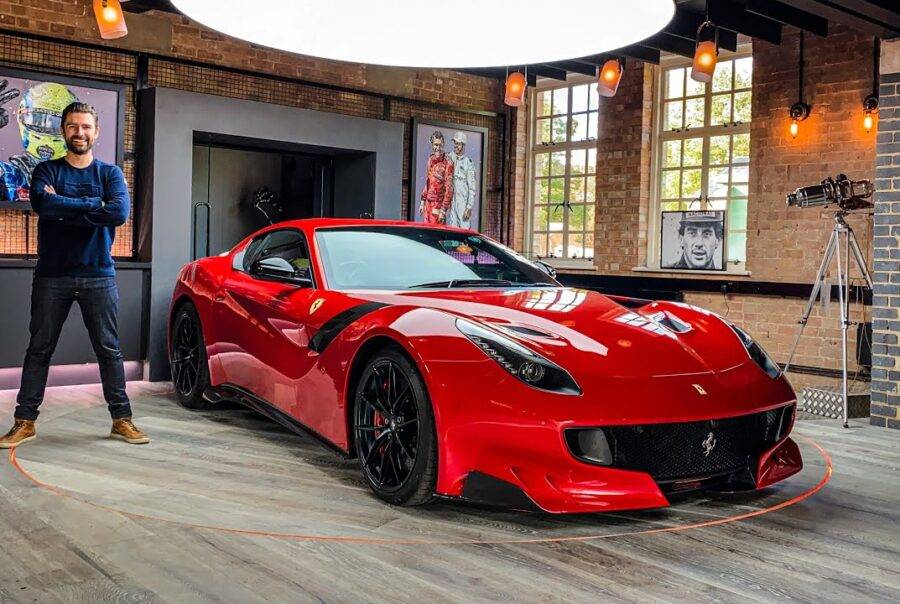 Mr. JWW in his recording studio (The Production Bunker)

Winnaars Concours of Elegance
The audience was treated to beautiful designs and feats of engineering, but according to the jury, one car stood out head and shoulders above the rest: the 1935 Lancia Astura Roadster from Lomm (near Venlo). Jury chairman Ben Erickson explains. ’‘The process of arriving at this choice was easy for the entire jury.This Pininfarina creation has been meticulously and expertly restored over the last seven years to become the stunning Roadster the way it was manufactured in the 1930s.

Prizes were also awarded in seven other categories. The Louwman Museum’s Mercedes-Benz 500K Spezial Roadster seemed to be a contender for the Best of Show title. In the end, this Teutonic giant won the prize in the When Coachwork Becomes Art category. The 44th Porsche ever built won in the Gentleman’s Thoroughbreds class. This is a so-called Knickscheibe, a reference to the bar in the windscreen, the Porsche 356 ‘Gmünd’. An award popular with the general public, the prize in the Racing Legends class was won by the 1954 Ferrari 500 Mondial. A Ferrari also won in the Future Classics category; this extremely original 1989 F40 is still in the hands of its first owner. Despite the fact that the Elegant Tourers class was dominated by British prewars, the Mercedes-Benz 300S won the prize.

The second edition of InterClassics Days of Elegance will be held on Saturday, 3 June and Sunday, 4 June 2023 at the Château St. Gerlach estate. Gerlach. 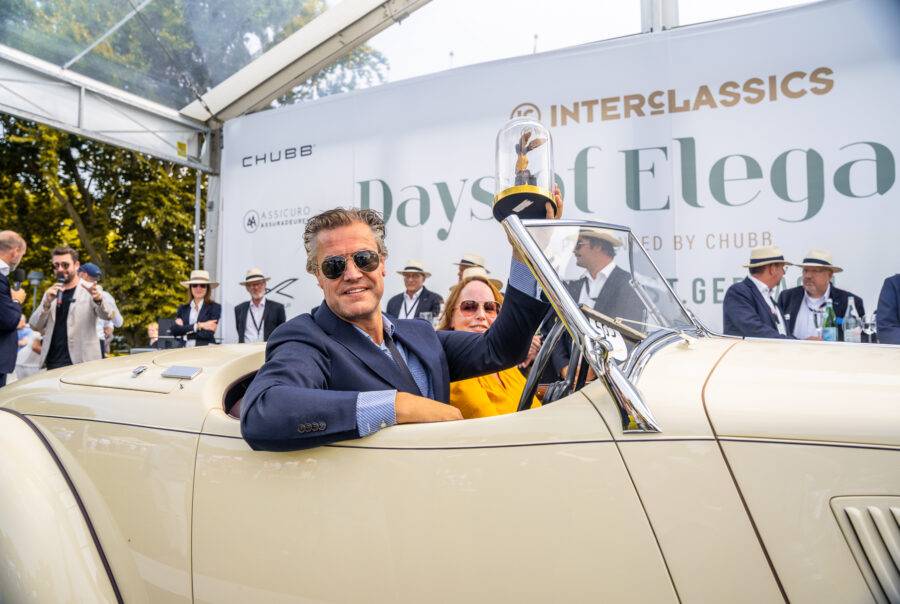 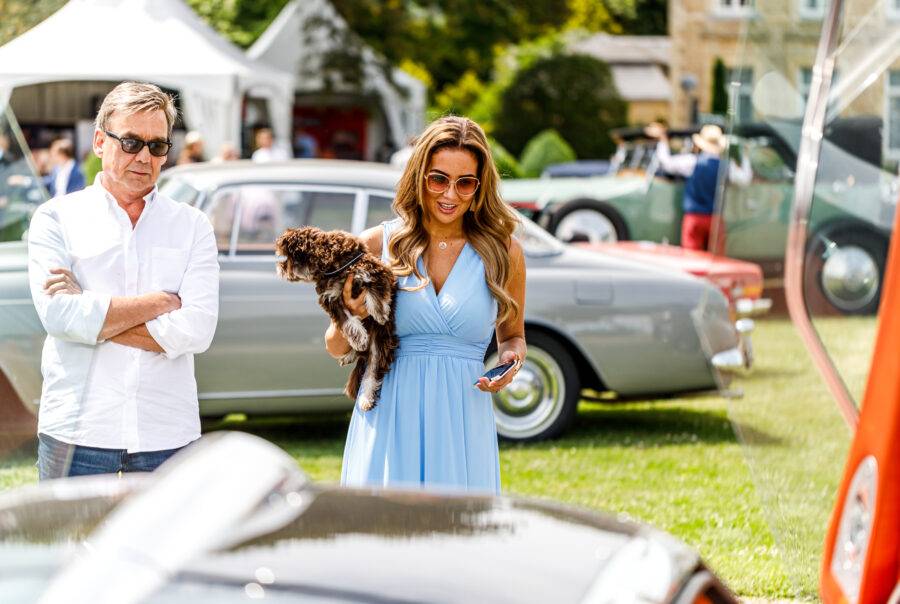 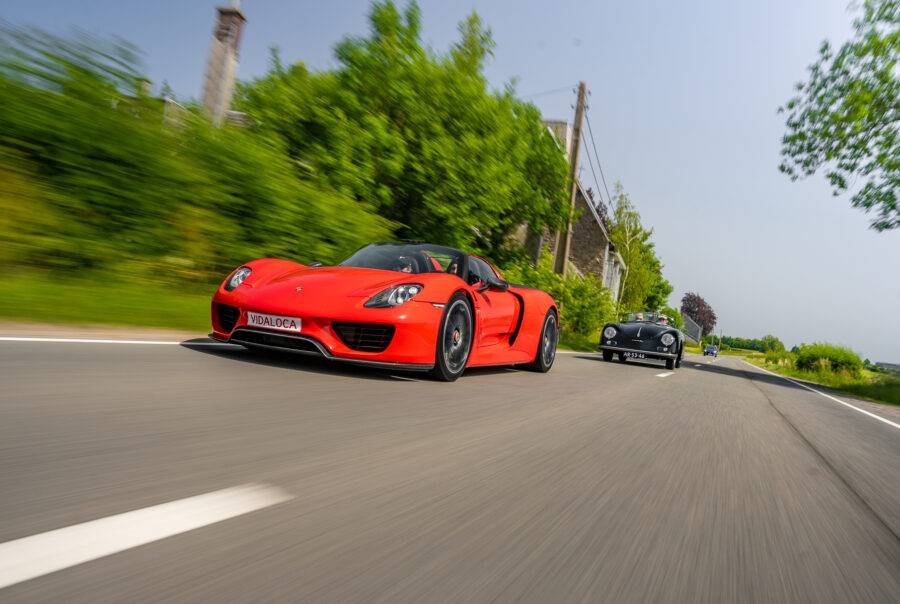 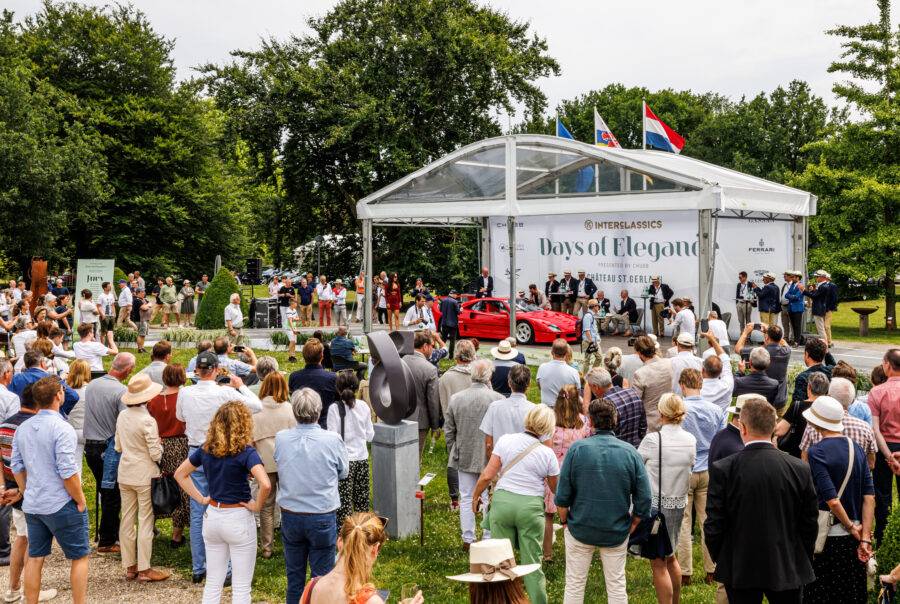 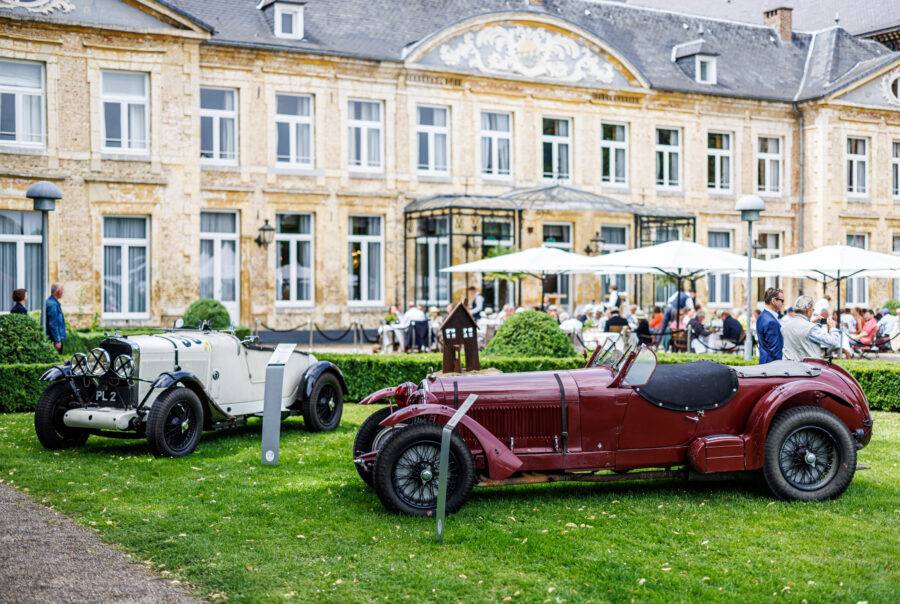 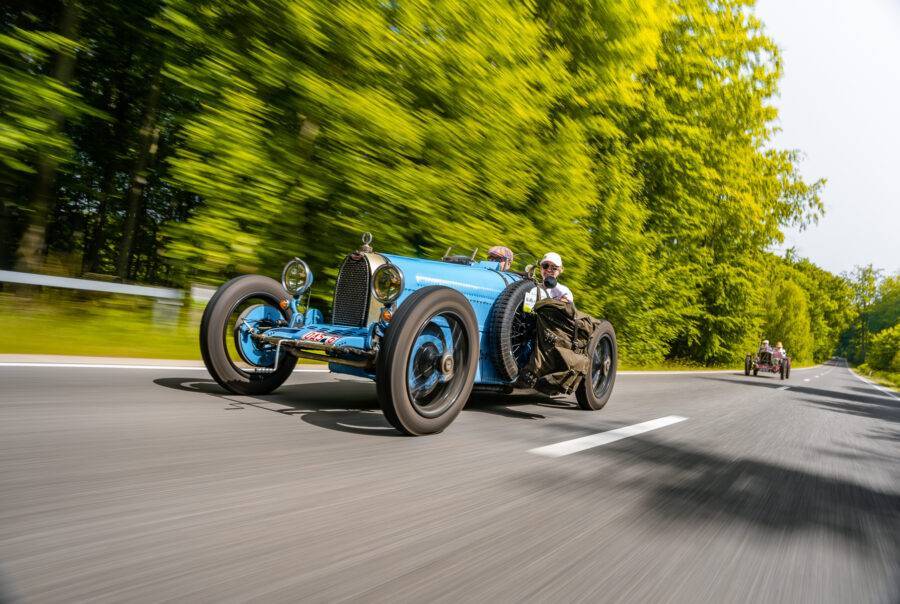 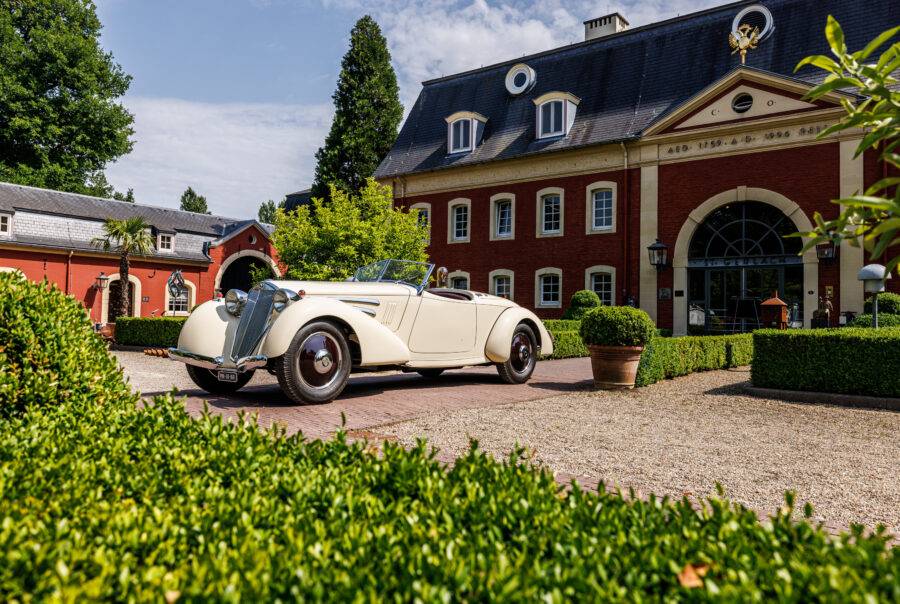 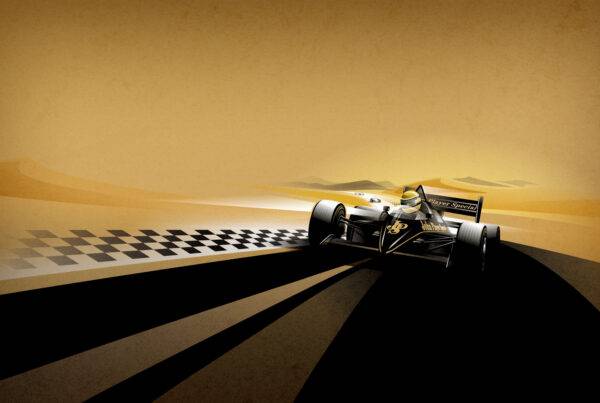 Return to tradition: 2023 classic-car year starts at MECC MaastrichtMaastricht, 22 December 2022 - From Thursday, 12 January through Sunday, 15 January 2023, MECC Maastricht will once again be the…
Liv Knoben
Love0 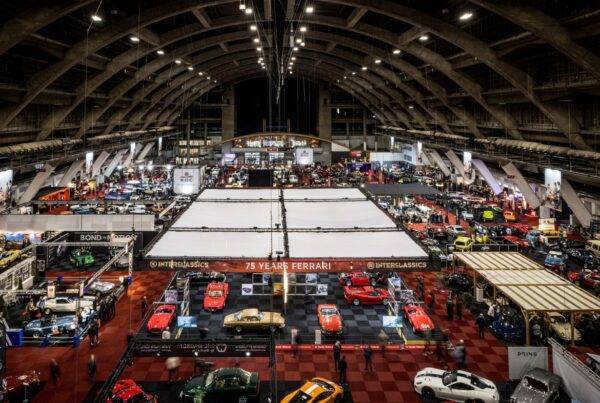 Organisers report 24,000 visitors, up 26% from 2021Brussels, 20 November 2022 - The organisation is pleased to look back on a successful seventh edition of Classic Car Show Brussels. Fans…
Luuk Dederen
Love0 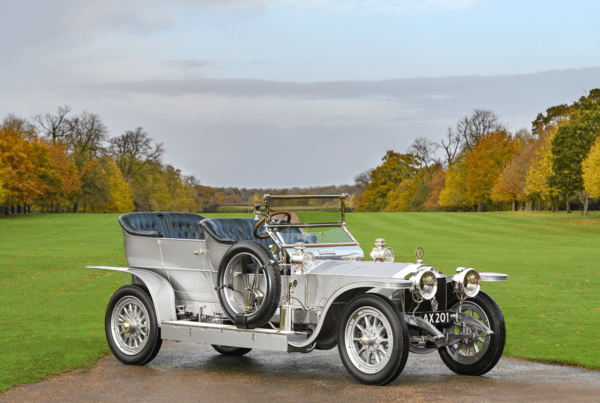 InterClassics wows guests with world-renowned jury during Days of Elegance

Valkenburg a/d Geul, 6 April 2022 – On Saturday, 18 June and Sunday, 19 June 2022, the first edition of InterClassics Days of Elegance will be held at the Château…
Luuk Dederen
Love0

Stay
up to
speed!